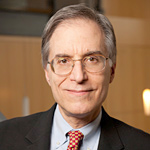 Arnold B. Rabson is Professor of Pediatrics, Pharmacology and Pathology and Laboratory Medicine. After completing his M.D. at Brown University, Dr. Rabson moved to Harvard Medical School, where he pursued residency training in anatomic pathology at the Brigham and Women's Hospital, including pediatric pathology at Boston Children's Hospital. He then moved to the National Institutes of Health where he studied the molecular biology and pathogenesis of HIV/AIDS and cancer. His laboratory elucidated the roles of the NF-kappaB transcription factors in the regulation of HIV. Dr. Rabson moved to Rutgers-Robert Wood Johnson Medical School in 1990 as a Resident Member of the Center for Advanced Biotechnology and Medicine, where he continued his research on the molecular pathogenesis of human retroviral infections and also discovered roles for the NF-kappaB pathway in the pathogenesis of human lymphomas.

He was the founding leader of The Cancer Institute of New Jersey's Transcriptional Regulation and Oncogenesis Program and, in 1997, he became Associate Director of the Cancer Institute for Basic Sciences. In 2002, he founded a division of Cancer Genomics and Molecular Oncology at the Cancer Institute and he became Deputy Director of Cancer Institute in 2005. He also served as Chair of the NIH Cancer Molecular Pathobiology Study Section. Dr. Rabson was appointed Interim Director of the Child Health Institute of New Jersey in 2007 and permanent Director in 2009. Under his direction, the Child Health Institute has established a vibrant research program and recruited outstanding scientists focused in the four major research areas of inflammation, immune and infectious diseases of childhood; neurodevelopment and autism; pediatric cancers and stem cells; and childhood obesity and metabolism.

Derek Sant’Angelo is the Associate Director of Basic Science at the Child Health Institute. He also holds an appointment as Professor of Pediatrics at the Child Health Institute of New Jersey and as the Division Chief of Child Health Sciences at the Robert Wood Johnson Medical School. He received his B.S. in Cellular and Molecular Biology from the University of Michigan, Ann Arbor in 1986 and a Ph.D. in Microbiology and Molecular Genetics from Rutgers University and Robert Wood Johnson Medical School in 1993.

Following earning his Ph.D., Dr. Sant’Angelo accepted a position as a Howard Hughes Medical Institute (HHMI) Postdoctoral Fellow in the Section of Immunobiology at the Yale University School of Medicine. Under the guidance of Professor Charles A. Janeway, Jr., Dr. Sant’Angelo studied the interaction of the T cell antigen receptor (TCR) with MHC:peptide complexes. He also studied the requirement for TCR interactions with MHC complexes during the development of T cells in the thymus. These studies, published in fourteen papers, helped to define the fundamental role that the TCR plays in shaping an effective and comprehensive immune system.

Dr. Sant’Angelo began his independent career in the Immunology Program at the Memorial Sloan-Kettering Cancer Center in New York City. He also held a joint appointment in Weill Graduate School of Medical Sciences of Cornell University and, later, was appointed as a faculty member in the Gerstner Sloan-Kettering Graduate School of Biomedical Sciences. Here, Dr. Sant’Angelo initiated his studies aimed at uncovering the factors that define T cell effector functions. In particular he sought to uncover the genes that induced a subset of T cells, the natural killer T (NKT) cells, to take on “innate-like” characteristics. These studies led to the discovery that the transcription factor, PLZF (promyelocytic leukemia zinc finger), is the master regulator for NKT cells function. These studies also helped to introduce the PLZF-related family of transcription factors to the immunological community.

The genes that Dr. Sant’Angelo studies are proving to be key factors that define and maintain the functional identity of lymphocytes. It is now clear that understanding this gene family will have a profound impact on our understanding of the overall complexity of the immune response. Dr. Sant’Angelo has a strong interest in understanding the relationship between altered or inappropriate expression of these transcription factors and the onset of autoimmune disease. For example, his data show that aberrant expression of PLZF results in T cells taking on a highly aggressive, pro-inflammatory phenotype. Furthermore, Dr. Sant’Angelo studies how altered expression of PLZF impacts the onset of obesity and related metabolic disorders. 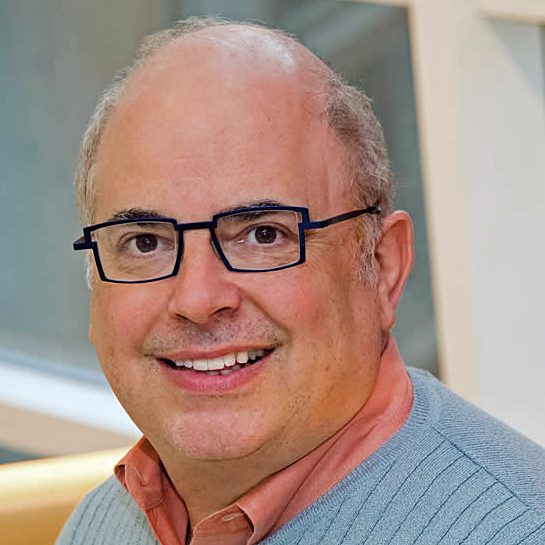 Dr. Lawrence C. Kleinman is a pioneer and national leader in children’s health. He grew up in New Brunswick and has a BA in History from Rutgers College. His MD, from Wake Forest University, Larry completed Pediatric residency at UConn and served four years in the National Health Services Corps, the first pediatrician to provide care in one of the most medically vulnerable neighborhoods in Connecticut.

Dr. Kleinman received his MPH from UCLA, where he was a Robert Wood Johnson Foundation Clinical Scholar. Considering it the ‘new advocacy’ he began to develop expertise in measuring and improving health care quality. His paper questioning the appropriateness of tympanostomy tube surgery in children was a landmark, and his paper on assessing the health of the homeless in the field was named Article of the Year by AcademyHealth. Dr. Kleinman joined Dr. Charles Homer at Boston Children’s Hospital, where they helped to pioneer child health services research and the measurement and improvement of quality care for children.

Dr. Kleinman spent a decade innovating as an entrepreneur: in Disease Management; as CMO for a venture funded medical informatics company, working with a community hospital system, and developing Quality Matters, Inc as a boutique consulting firm. Dr .Kleinman re-entered academia as Vice Chair of Population Health Science and Policy at Icahn School of Medicine at Mount Sinai, where he created a Primary Care Research T32 program, assumed leadership of the Community Engagement Core of their CTSA, and was co-Director of the Masters and PhD programs in clinical investigation. He was PI for the CAPQuaM, a national consortium funded ($8M) as an AHRQ-CMS CHIPRA Center of Excellence in the federal Pediatric Quality Measures Program. Dr. Kleinman also developed an innovative analytical method that improves researchers’ ability to estimate the impact of an intervention.

The opportunity to integrate child health services research and policy to benefit the strategic needs of a distressed community and the institutions that serve it led Dr. Kleinman to Case Western Reserve University and the UH Rainbow Babies and Children’s Hospital, where Dr. Kleinman directed the Center for Child Health and Policy (CCHP) and served as Frederick C Robbins, MD Professor in Child and Adolescent Health. He helped to lead efforts to integrate behavioral and primary care and to systematically consider social determinants of health in the planning and delivery of health care.

Dr. Kleinman returned home to Rutgers University in February 2019 to serve as Vice Chair for Academic Development and to help to develop a new Division of Population Health, Quality, and Implementation Sciences (PopQuIS) within the Department of Pediatrics at Rutgers RWJ Medical School.