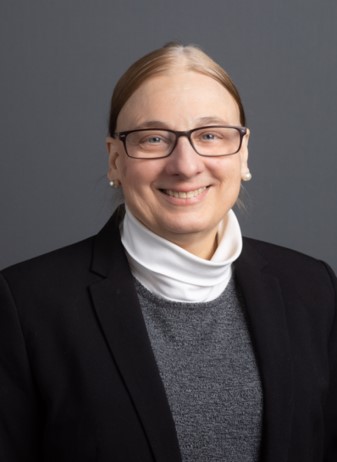 This past academic year has been an extremely successful and productive one for the Women’s Health Institute (WHI) in all of the core areas of research, education, mentoring, community wellness, global outreach and advocacy. Due to the COVID 19 pandemic, clinical research by necessity came to a virtual halt, and the many ongoing and planned research endeavors were put on hold, including the WHI commencing the NIH EPPIC-Net (developing meaningful endpoints for pain clinical trials) national study. In the arena of optimal gender care, our major initiative has been partnering with RWJUH-NB in the commencement of the PROUD Gender Center of NJ.

Academically the WHI has continued its high output of manuscripts in peer-reviewed journals, of professional society abstracts and of chapters in scientific books as well as our WHI team presenting at numerous state-wide, national and global professional meetings. Due to our national reputation, during the early phases of the 2020 pandemic, the WHI was asked to comment on the value of telemedicine for the aging woman. This report was published in Case Reports in Women’s Health. As leaders in maternal health, another manuscript that we collaborated on with the RWJMS Cardiovascular Institute, and that will impact the clinical care of pregnant women was published in the Journal of Women’s Health, entitled, ‘Pre-eclamptic Women Are at Significantly Higher Risk of Future Cardiovascular Outcomes Over a 15-Year Period.’ And, being leaders in transgender health care, the WHI was instrumental in overseeing a series of manuscripts that were published in the peer-reviewed journal, Maturitas, on the aging transgender individual with several Ob/Gyn faculty and resident contributors.

Another major goal of the WHI is the education and mentoring of junior faculty and health care learners, which was accomplished. For the graduate, undergraduate and high school learners, the WHI provides research opportunities, education and community outreach projects. In fact, again this year the WHI, in partnership with the Association of Women in Science (AWIS)NJ will be presenting the 2nd Annual New Jersey Women in Health Symposium. This conference with keynote speakers Dr’s Frank Chervenak, Maria Gloria Dominguez, and Qiana Brown, will not only highlight the work of undergraduate and graduate learners, but also will highlight the work of many NJ high school students. The WHI also is partnering with groups to further the role of music in healing. I was recently appointed to the American Medical Women’s Association’s (AMWA) Music and Medicine Committee. As a contributor to this group, there will be many projects the WHI will partner on, with the focus on how to best incorporate music into the practice of medicine. Lastly, the WHI was invited by the Rutgers Office for the Promotion of Women in Science, Engineering and Mathematics (‘SciWomen’) to be on the Steering Committee of the Rutgers Common Interest Group to support women faculty in the sciences, engineering, mathematics and medicine.

As well, the WHI partners with many other units on the Rutgers campus, including the RWJMS Cardiovascular Institute, the Rutgers University Microbiome Project, the Institute for Women’s Leadership, Rutgers Institute for Corporate Social Innovation, Rutgers School of Social Work, Rutgers School of Public Health and the Rutgers School of Environmental and Biological Sciences. The WHI also continues to be active in advocacy, in both the community and globally and, in particular, oversees many medical student global projects. As an example of its global reach the WHI is mentoring a medical student who is studying maternal mortality in Finland and how clinical templates from that country, with the lowest rate, can be used as a foundation for the US. This research is being done with the support of the Finland National Institute for Health and Wellness. These data will be compared with data from not only the US, but also from Canada, as the WHI is mentoring another medical student who is studying that country’s data. The WHI also is represented on the steering committee of the Institute for Women’s Leadership annual Anita Ashok Datar Lecture series. Although this is the fourth year the WHI would be participating in the Rutgers Mandela Washington Fellowship for Young African Leaders, the program was canceled this year due to the pandemic.

With the momentum the WHI has generated over this past academic year, the Institute is ideally positioned to expand the horizon of women’s health through its research, educational and professional development programs, advocacy, and community & global outreach. The WHI initiatives for this next academic year are to expand existing programs and commence new ones. Some of the programs the WHI will be focusing on include:

The WHI continues to be a strong advocate for maternal health in NJ, nationally and globally---being one of the leaders in commencing Maternal Health Awareness Day, now in its third year. This day, annually every January 23rd, is not only occurring in New Jersey, but also in several other states. Another major focus of the WHI is to educate women about the risks of recreational cannabis use, especially those who are pregnant and nursing. Several research protocols and educational initiatives are being conducted on this topic. In addition, the WHI has active research ongoing regarding antibiotic use during pregnancy and evaluating the educational needs of women regarding nutrition, obesity and pregnancy. And in collaboration with the Rutgers School of Social Work, the WHI is collaborating with many maternal health research projects that are examining mortality and morbidity in underrepresented and disabled women. A current Cardiovascular Institute research protocol the WHI is involved in is that of exploring the role that gestational diabetes has on long term maternal cardiovascular outcomes. The WHI also is writing several books for mothers that relate to important topics, such as the dangers of cannabis use during pregnancy.

The PROUD Gender Center of NJ, a joint academic initiative with RWJUH-NB, was one of the major focuses of the WHI this past year. The services and education that have been provided for many years by our academic campus have already been recognized globally as exemplified by the fact that a major film documentary center has asked if they can film at our site a documentary they are planning. They noted that from the many sites globally they have contacted, we are the group who work as a team, offer comprehensive services and truly care about the individuals we offer services to. As the medical director, this Center will now oversee the clinical and surgical services our medical center provides. In addition, a national symposium, ‘Affirming medical and mental health care for LGBTQAI+ Communities’, underwritten by a grant from the Committee to Advance Our Common Purpose will take place in February, 2021. Keynote speaker, Dr. Jesse Ehrenfeld, the immediate past Chair of the American Medical Association (AMA) Board of Trustees will be representing the AMA at this event. G. Bachmann and M Schuster are co-chairing this event. The WHI also is working on furthering the animated video library on transgender education with a grant received from the RBHS-IDEA Innovation program to produce several on affirmation surgeries (PI-J Sinken). Our prior animated videos on hormonal affirmation therapy won best patient video at the 2019 American Society of Reproductive Medicine with over 9,300 registrants from 94 countries. The WHI also runs the monthly Babs Siperstein Seminars, named after this vocal and passionate NJ advocate for LGBTQ+ rights, who recently passed. Stela Hamamdzic, a WHI intern, drew Babs Siperstein portrait, which will officially be unveiled at an upcoming Babs Siperstein Seminar. 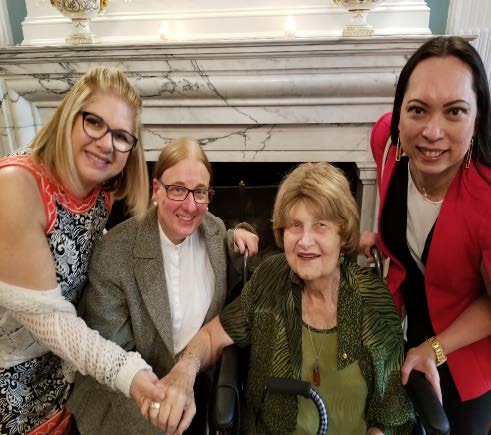 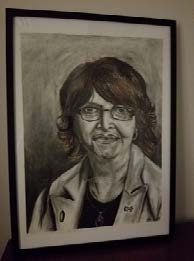 3. The One Health Initiative, a global program that promotes optimal health by integrating efforts from multiple disciplines

Regarding the overall health and wellness of humans and our dependence on animals and the environment, the WHI will continue to be a leader in this initiative. We were instrumental in commencing the One Health Regional Consortium (with Pennsylvania, Delaware and Maryland) as well as expanding the NJ One Health initiative by adding several Rutgers units to the group. Through the student involvement with the NJ group, there is now a One Health Rutgers student interest group on campus that the WHI will actively support. One of the NJ One Health Steering Committee medical students, was recently selected to serve on the Rutgers University Climate Task force. Due to the pandemic, the legislation to commence a NJ One Health Task Force has been on hold and it is anticipated that it will be acted upon in September, 2020. We are currently commencing several new projects, including applying for grant funding. During the pandemic the NJ One Health Steering Committee, however, published several editorials on the need for a One Health approach to human wellness.

The WHI is a research leader in pain syndromes in women, with a history of two prior NIH grants on this topic. This year the WHI will be involved in another NIH grant, the EPPIC-Net. This trial will assess optimal ways of developing meaningful endpoints for pain clinical trials. The WHI also will be exploring issues of pain as it relates to addiction. To commence the issue of alcohol dependence in women, the WHI will be convening a group of women leaders from the Rutgers University Institute for Corporate Social Innovation, the Rutgers Institute for Women’s Leadership, the American Medical Women’s Association, the Association for Women in Science-NJ, and the Director of Medical Services at NY Presbyterian Hospital/Westchester Division to discuss this issue and produce a commentary on this topic.

The WHI is a research leader in pain syndromes in women, with a history of two prior NIH grants on this topic. This year the WHI will be involved in another NIH grant, the EPPIC-Net. This trial will assess optimal ways of developing meaningful endpoints for pain clinical trials. The WHI also will be exploring issues of pain as it relates to addiction. To commence the issue of alcohol dependence in women, the WHI will be convening a group of women leaders from the Rutgers University Institute for Corporate Social Innovation, the Rutgers Institute for Women’s Leadership, the American Medical Women’s Association, the Association for Women in Science-NJ, and the Director of Medical Services at NY Presbyterian Hospital/Westchester Division to discuss this issue and produce a commentary on this topic.