Sally Radovick, MD, received her medical degree from Northeastern Ohio Universities College of Medicine. She then completed her residency in Pediatrics at Case Western Reserve University and her fellowship in Pediatric Endocrinology at the National Institutes of Health (NIH). She is currently the Henry Rutgers Term Chair of Pediatrics and Senior Associate Dean for Clinical and Translational Research at Rutgers Robert Wood Johnson Medical School. Prior to this position, she was the Division Director of Pediatric Endocrinology and the Vice Chair for Research in the Department of Pediatrics at Johns Hopkins University School of Medicine.

Dr. Radovick has been NIH funded in conducting biomedical research and mentoring students and fellows for over 25 years. She has trained over 50 predoctoral students and postdoctoral fellows and junior faculty and has remained clinically active during her career, precepting teaching clinics in Pediatric Endocrinology. She is the curator of a tissue repository for patients with hypopituitarism. Dr. Radovick’s most notable teaching efforts have been in training individuals for scientific research. 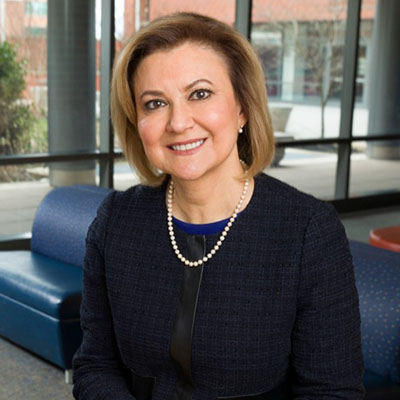 Mechanisms of Growth and Development of Children

The major research interest of Dr. Radovick’s laboratory is to determine the mechanisms of growth and 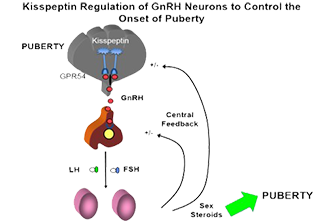 gene, which has a central role in controlling the onset of puberty. Her group was the first to generate

growth factors which has increased knowledge of the relationship between growth, puberty and

nutrition. She has progressed to development of genetically modified mouse models to elucidate

stimulation and sex steroid feedback regulation. Of particular interest has been to determine the roles

levels at puberty, which results in the attainment of fertility. These studies will provide insights into

pubertal disorders, PCOS, as well as provide future therapies for infertility. She has been continuously

normal pituitary development. Her initial studies provided the first genetic mechanism of a child with

short stature due to hypopituitarism; this involved a mutation in the Pit-1 gene that is necessary for

pituitary cell lineage determination and differentiation. She has gone on to describe the mechanisms by

deficiencies in man. These studies are supported by a U01 collaborative agreement with investigators at

the NIH at the NIH Clinical Center. 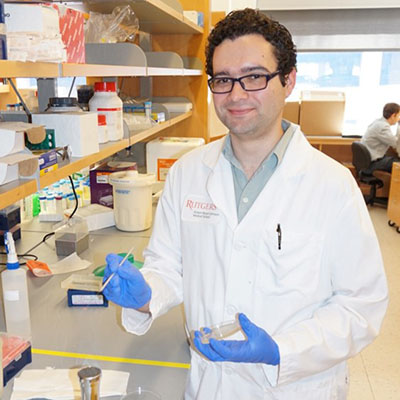 Ariel is a postdoc studying the neuroendocrine mechanisms involved in generating and regulating the pulsatile secretion of GnRH/LH. His research focuses on the kisspeptin-GnRH neuropeptide circuit and its regulation by sex steroids and metabolic signals. 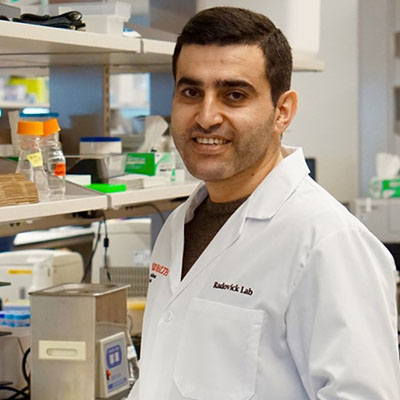 Bahaa is a Postdoctoral fellow. His research focuses on evaluating the role of peripheral Kisspeptin on reproduction performance and energy metabolism utilizing an up to date biotechnology and molecular biology techniques. 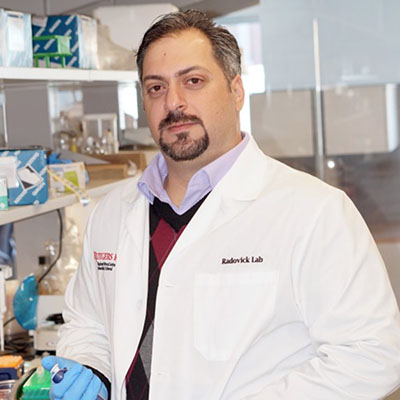 Sarmed is a postdoc fellow in reproductive endocrinology. His research focuses on the impact of genetic alteration in GHRH neurons in reproductive and metabolic efficiency 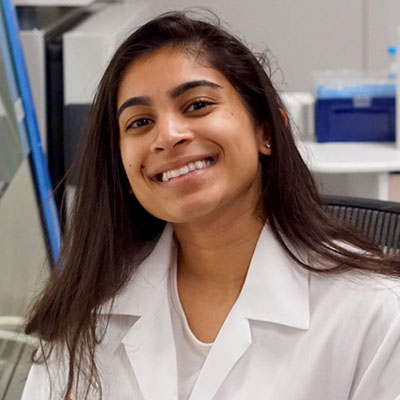 Nimisha is a master’s student who closely works with Dr. Ariel Negron in uncovering the mechanisms underlying neuropeptide regulation of reproduction. 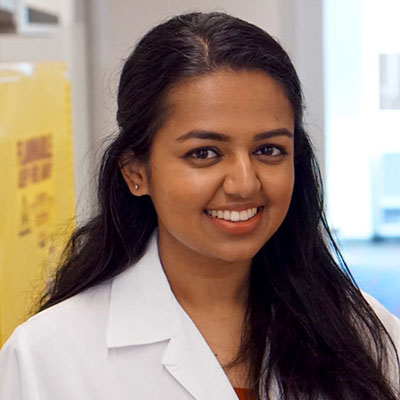 Liz is a senior at Rutgers majoring in Biological Sciences and Psychology. She works with Dr. Ariel Negrón in the Radovick lab where we study kisspeptin regulation on reproductive health in mice