Established in 1988, the Mission of SCNJ is to:

See the Updated 2022 American Academy of Pediatrics Recommendations for Reducing the Risk of Sleep-related Infant Deaths!

See the NICHD Safe to Sleep Campaign for more information! 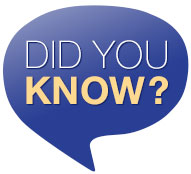 The SCNJ operates under a grant from the New Jersey Department of Health and is based at Rutgers Robert Wood Johnson Medical School and the HMH Joseph M. Sanzari Children's Hospital