Dr. Fredric E. Wondisford is Professor is the Chairman of Medicine and Chancellor Scholar at Rutgers-Robert Wood Johnson School of Medicine. Prior to this appointment, he was the Professor of Medicine, Pediatrics and Physiology and Director of the Metabolism Division and Diabetes Institute at Johns Hopkins University School of Medicine. Dr. Wondisford has been continuously funded by the NIH since 1990 and has scientifically mentored many trainees, most of who have gone on to independent academic research careers. 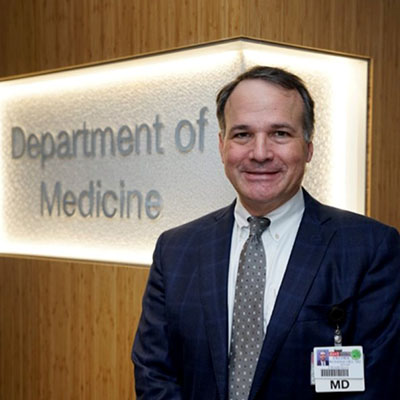 Our group has had a long-standing interest in thyroid hormone regulation of the HPT axis. It presents an excellent example of how a neuroendocrine system regulates distinct functions of an organism both during development, and in adult life, in response to a variety of environmental cues.  We study Thyroid hormone receptors that play central role in Thyroid hormone negative feedback at the level of transcription.  We use wide variety of methods to assess chromatin structure protein-protein interaction methods,  and changes in  gene expression. Cell culture and novel mouse models with targeted disruptions of feedback regulation have been created using CRISPR/CAS9 approaches.

We also interested in various genetic factors and environmental signaling that modulate HPT response in patients.

Hepatic glucose production in diabetes and treatment with metformin

Our laboratory determined for the first time a plausible mechanism by which metformin regulates hepatic glucose production.  Metformin phosphorylates CBP on a unique serine residue and these studies were extended to show that phosphorylation of this site could be used as a biomarker for metformin action. We also study substrate contribution in gluconeogenesis using Metabolomics.

While studying gene regulation in the anterior pituitary, we determined that CBP/p300 co-activators played critical and distinct roles in both cellular development and hormonal gene regulation. Subsequently, these studies were extended to the pancreatic beta cell, hepatocyte and CNS.

One major challenge to study the regulation of gluconeogenesis in vivo has been the failure to selectively activate only one of the two pathways at a time in hepatocytes. Most obese or diabetic mouse models show hyperglycemia associated with both high glucagon signaling and insulin resistance in the hepatocyte and the periphery. Therefore, we propose to resolve this issue by using two models that effectively mimics either high glucagon signaling or low insulin signaling to the liver without the added effect of the other pathway or in the periphery. 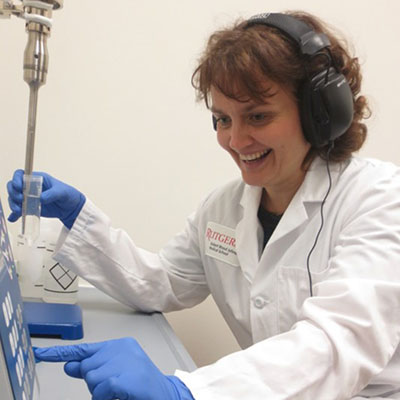 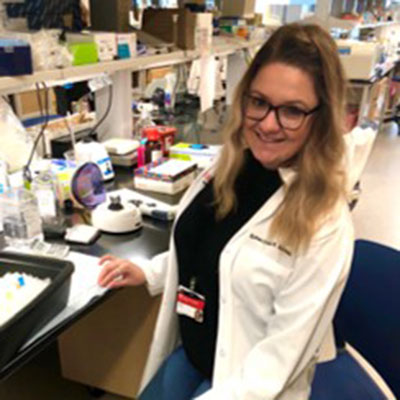 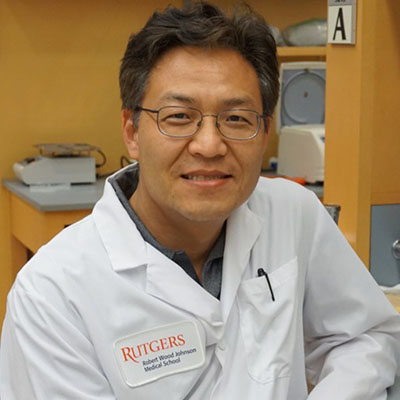 Joon is an Assistant Professor working on liver metabolism and its role in glucose homeostasis. He is particularly interested in obesity-induced insulin resistance. 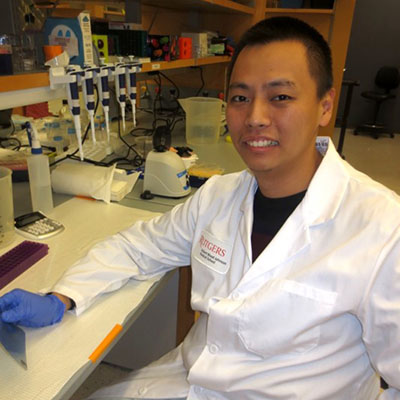 As a senior year PhD candidate, Yujue's research involves investigating gluconeogenesis in diabetic mouse models. He is especially interested in how glucagon, insulin and high fat feeding affects the substrate utilization in gluconeogenesis 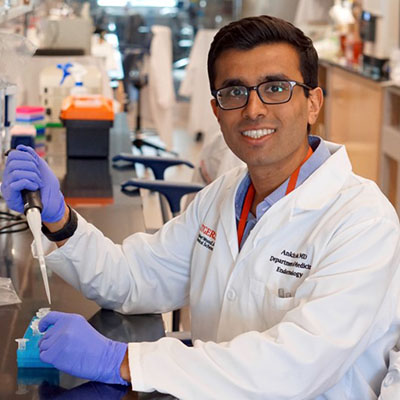 Ankit is an Assistant Professor of Medicine and an endocrinologist who uses stable isotope tracer infusion and metabolomics to study hepatic gluconeogenesis in humans in the context of health and type 2 diabetes mellitus. 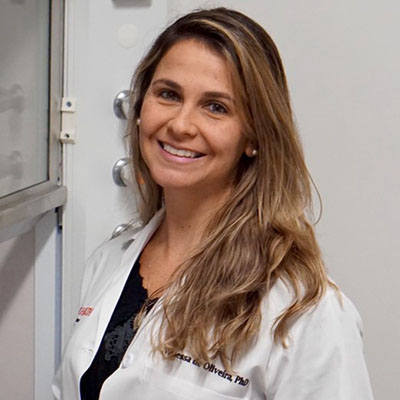 Vanessa is a Research Teaching Specialist studying the effects of Thyroid Hormones (TH), especially T3, on metabolism. She focuses on understanding the molecular mechanisms by which T3, acting though its tissue-specific receptor isoforms, controls energy metabolism in different conditions. 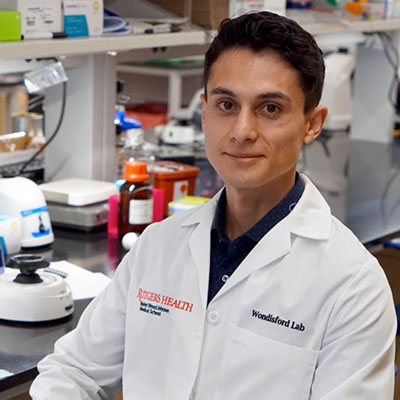 Chris is a master’s student who works the development of liver organoids in order to understand the role that different molecules play on the expansion rates and genetic expression profiles. His goal is to generate an organoid model that can be use to substantiate data from traditional mouse models. 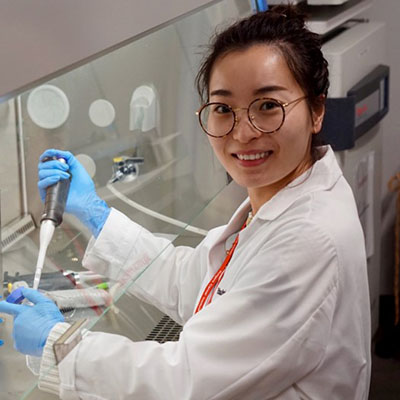 Huiting is a PhD candidate interested in the role of CREB1 and FOXO1, two key transcription factors in gluconeogenesis, in regulating hepatic glucose production and gluconeogenic substrates preference and utilization. 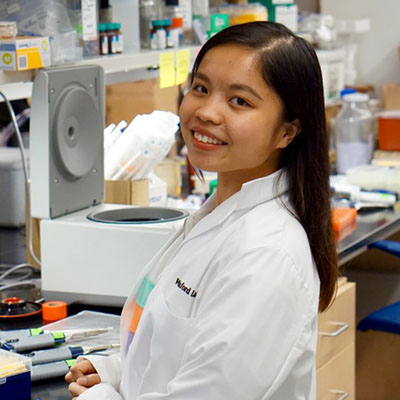 Kiana works with Huiting in exploring the gluconeogenic pathway by practicing techniques, such as RNA isolation, PCR, and western blotting. She also help genotype and maintain the Pit1 mice. 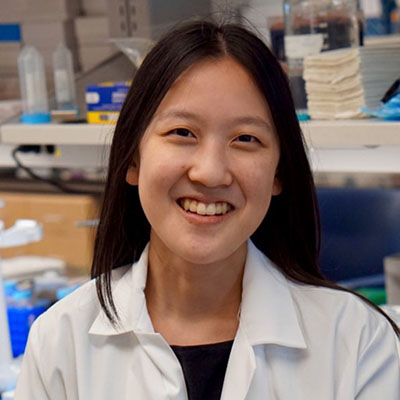 Alice is a undergraduate student that works with Dr. Minakhina on thyroid hormone mutations. 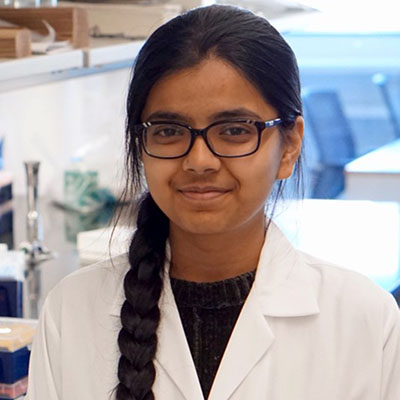 Sanya is undergraduate student working under the mentorship of Dr. Minakhina. She is currently characterizing the thyroid hormone receptor isoforms within various mice tissues.