Diversity involves all the ways that people are different, including the different characteristics that make one group or individual different from another. Diversity includes:


Diversity may also include a range of ideas, perspectives and values.

Equity aims to ensure the fair treatment, access, equality of opportunity and advancement for everyone while also attempting to identify and remove the barriers that have prevented some groups from fully participating. Equity promotes justice, fairness and impartiality within the processes, procedures and distribution of resources by systems or institutions. To tackle equity, people need to understand the root causes of outcome disparities in society

Inclusion builds a culture where everyone feels welcome by actively inviting every person or every group to contribute and participate. This inclusive and welcoming environment supports and embraces differences and offers respect to everyone in words and actions. A work environment that's inclusive is supportive, respectful and collaborative and aims to get all employees to participate and contribute. An inclusive work environment endeavors to remove all barriers, discrimination and intolerance.

Learn more about the differences between Diversity, Equity, and Inclusion
Implicit Bias

Unconscious bias occurs when someone who does not know you makes assumptions about your character, intelligence or capabilities based on how you look, speak or behave. This person does so not realizing that he or she is thinking or reacting this way.

"There are many signs of unconscious and conscious bias happening in the workplace, but particularly across society during this time of societal unrest," said Denise L. Caleb, executive vice president and chief transformation officer at Talent Plus Inc. in Denver. "The signs can be through exclusion, unfair practices, off-color jokes, stereotyping commentary, and just general unfair and unkind treatment of others." Workplace experts say relying on employee complaints to combat bias, whether conscious or unconscious, is not enough."Being proactive and pre-emptively diagnosing areas of concern is where the focus should lie," said Janine Yancey, chief executive officer at Emtrain, a San Francisco-based workplace culture training firm. "One of the areas that is most readily identifiable is the 'us versus them' dynamic, which is often fueled by unconscious bias. Sometimes it plays out between management and employees, and other times it's between employees and [their] team members."

An us-versus-them scenario can present itself in subtle ways.

"From employees discussing where a person of color is from because they assume they're foreign born, to groups forming to belittle a co-worker for their ideals and values," Yancey said. "Instead of waiting for a complaint to come—which may never come—it's crucial that management engages with employees on a consistent basis, promotes dialogue and analyzes where any potential 'hot spots' reside." Once those practices are in place, then managers must work to rectify issues via an established unconscious-bias

Watch a short clip on how to retrain your brain: 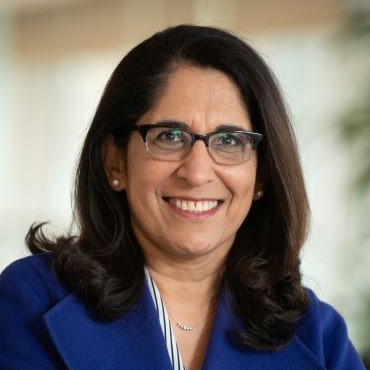